(John Mayall) Blues Breakers with Eric Clapton - Have You Heard

On this Good Friday when Jesus Christ was crucified for our sins and was buried, you must know that he did'nt stay dead but He rose from the dead on the third day. Every person who believes in him will also experience a resurrection from the dead, and there ain't no grave that can keep my body down.
Posted by Mark Freer at 3/30/2018 03:46:00 PM No comments:

Ben Harper and Charlie Musselwhite - "Trust You To Dig My Grave"

Ben Harper and Charlie Musselwhite - "Found The One"

Blind Boys of Alabama - Way Down in the Hole

Gary Moore - The Stumble - Montreux 1995 - I never get tired of listening to this.

The Band with Eric Clapton Perform "The Weight" at the 1994 Inductions.

Scrapper Blackwell - Nobody Knows You When You're Down and Out

Baby What You Want Me To Do · Jimmy Reed

Legendary Blues Drummer Sam Lay to Be Inducted Into the Blues Hall of Fame - From Modern Drummer.com 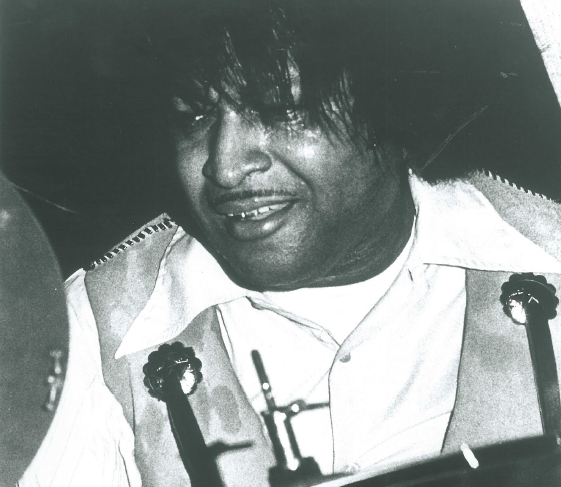 This coming May 9, the Blues Foundation will celebrate the thirty-ninth class of Blues Hall of Fame inductees in a ceremony taking place at the Halloran Centre for the Performing Arts and Education in Memphis, Tennessee. This year there will be thirteen illustrious honorees, representing all five of the Hall of Fame’s categories: Performers, Non-Performing Individuals, Classic of Blues Literature, Classic of Blues Recording (Song), and Classic of Blues Recording (Album).
The 2018 class of performers covers nearly a century of music making. This year, the legendary drummer Sam Lay will join a host of other pioneers in the genre of blues music. Lay joins his main influence, Fred Below of the Aces, as the first Chicago blues drummers elected to the Blues Hall of Fame.
Lay is one of the rare blues drummers to earn crossover fame in the rock world, beginning with his work with the Paul Butterfield Blues Band and others, but his résumé is loaded with blues credentials both before and after he played on the Butterfield band’s historic debut album in 1965. He is the fourth member of the band to enter the Blues Hall of Fame, following Butterfield, Mike Bloomfield, and Elvin Bishop.
Lay says his drumming trademark, the double shuffle, is based on the double-time rhythms of the hand-clapping and tambourines he heard in church in Birmingham, Alabama, where he was born on March 20, 1935. He began performing with bands after moving to Cleveland, and arrived in Chicago when recruited by harmonica wizard Little Walter.
Lay left Walter’s combo to begin a long stint with Howlin’ Wolf’s band, playing on the Blues Hall of Fame classics “Killing Floor” and “I Ain’t Superstitious.” Lay recalls that he only switched bands again when Paul Butterfield offered him a pay raise—to play Chicago clubs for $20 a night.
During his tenure with Butterfield, Lay also accompanied Bob Dylan at the 1965 Newport Folk Festival and on one studio session for the Highway 61 Revisited album. Lay’s time with Butterfield was cut short when an illness landed him in the hospital in late 1965, and he joined James Cotton’s new band and later began a long association with the Siegel-Schwall Band.
As his own name was established, Lay launched a career leading a band while continuing to lay down the beat for many others in the studio, in Chicago clubs, and on the road. In the ’60s he played with Muddy Waters, Butterfield, and others on the historic Fathers and Sons concert and album, recorded in the studio with Cotton, and accompanied Magic Sam, Lightnin’ Hopkins, and Wolf on shows that were taped and later released on LP or CD.
Lay sang “Got My Mojo Working” on the Paul Butterfield Blues Band album and followed that with four 1966 tracks on the Testament LP Goin’ to Chicago and his first full album, Sam Lay in Bluesland, for Blue Thumb, in 1969. Later albums appeared on Appaloosa, Telarc, Evidence, and other labels in the U.S. and Europe, and Lay added to his discography by drumming on sessions by the Bob Riedy Blues Band, Wild Child Butler, Johnny Littlejohn, Carey Bell, Eddy Clearwater, Siegel-Schwall, Mojo Buford, Jimmy D. Lane, Hubert Sumlin, Rockin’ Johnny, Sunnyland Slim, Barrelhouse Chuck, Eomot Rasun, Easy Baby, Bonnie Lee, Mississippi Heat, Kenny Neal, Byther Smith, Taj Mahal, and others. His Sam Lay Blues Revival Band toured the U.S. and Canada, with Butler, Littlejohn, Jimmy Rogers, Eddie Taylor, and others featured in the revue. Lay also developed a talent as a down-home blues guitar player.
In addition to his musical skills, Lay earned a reputation for his cordiality and for the silent home movies he shot in the Chicago clubs, capturing rare footage of Howlin’ Wolf, Little Walter, and others. He was elected to the Alabama Jazz Hall of Fame in 1992.

Sonny Boy Williamson - Keep it to Yourself

Eric Clapton - Everyday I Have the Blues Live TV Recording.

Otis Spann - Blues is a Botheration

Emmylou Harris - Every Grain of Sand - Dylan Fest Nashville, May 2016