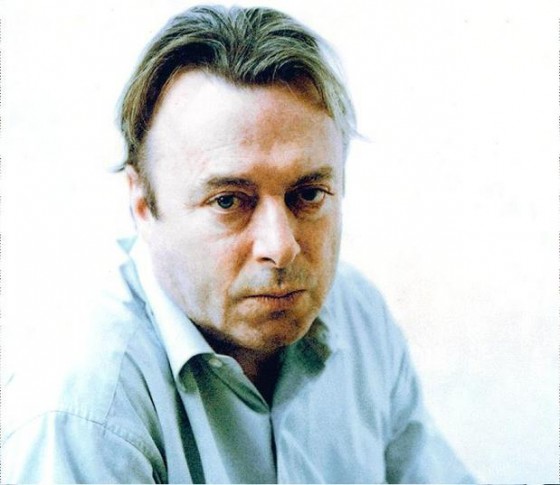 Christopher Hitchens died on Thursday night at the age of 62, after a 18-month battle with esophageal cancer.
He was a brilliant and entertaining man. He was enormously gifted, and in his final years he took those gifts and used them to mock God, using his considerable wit and sharp tongue to convince as many people as possible to do the same.
When I had a crisis of faith my freshman year at a secular university studying religion, I was deeply convinced that there were only two options: full-blown Christian orthodoxy or atheism. Liberal theology—with its fantasy of rescuing the “kernel” (or essence) of Christianity from the (disposable) “husk” of dogma—had no appeal to me. And this is one of the things I appreciated about Hitchens. He once expressed incredulity at the platitudes of a Unitarian minister who saw the beauty of Jesus’ moral teachings while rejecting his divinity:


I would say that if you don’t believe that Jesus of Nazareth was the Christ and Messiah, and that he rose again from the dead and by his sacrifice our sins are forgiven, you’re really not in any meaningful sense a Christian.

He was no admirer of C. S. Lewis, but he did agree with Lewis’s statement about Jesus: “Either this man was, and is, the Son of God; or else a madman or something worse.” Hitchens wrote:


Absent a direct line to the Almighty and a conviction that the last days are upon us, how is it “moral” to teach people to abandon their families, give up on thrift and husbandry and take to the stony roads?
How is it moral to claim a monopoly on access to heaven, or to threaten waverers with everlasting fire, let alone to condemn fig trees and persuade devils to infest the bodies of pigs?
Such a person if not divine would be a sorcerer and a ­fanatic.

He saw the choice before him, and he rejected the Savior.
Hitchens suspected there would be rumors of a deathbed conversion—but even more he feared that he might actually call out to God. Speaking perhaps truer than he knew, he sought to give a preemptive strike against such a possibility, explaining that would not be the real Christopher Hitchens doing such a thing:


Even if my voice goes before I do, I shall continue to write polemics against religious delusions, at least until it’s hello darkness my old friend. In which case, why not cancer of the brain? As a terrified, half-aware imbecile, I might even scream for a priest at the close of business, though I hereby state while I am still lucid that the entity thus humiliating itself would not in fact be “me.” (Bear this in mind, in case of any later rumors or fabrications.)

The section that sticks with me most from the Hitchens/Wilson debate-documentary Collision is the final scene. It is a telling moment, especially given that the subtitle of his bestselling book God Is Not Great effectively summarized the thesis of the book: How Religion Poisons Everything. More specifically, he wrote that organized religion is “violent, irrational, intolerant, allied to racism, tribalism, and bigotry, invested in ignorance and hostile to free inquiry, contemptuous of women and coercive toward children.” But in the back of this car with Doug, he reveals a difference between himself and Richard Dawkins:

Our heart and prayers go out to Christopher’s younger brother Peter—the author of The Rage Against God: How Atheism Led Me to Faith—in his time of grief and sorrow.
Douglas Wilson’s obituary is worth reading, especially as he explores the possibility of Christopher turning to Christ at the end.
Justin Taylor
Posted by Mark Freer at 12/16/2011 09:09:00 AM

Email ThisBlogThis!Share to TwitterShare to FacebookShare to Pinterest
Labels: People